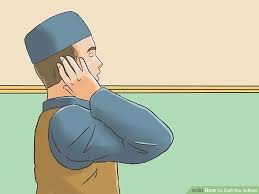 Here’s the secret of bank calling. Many of us know this secret of bank calling.
How many of the world Muslims know this truth of the heart-warming bank-call that rises from the mosques of the mosque during the five-wakth prayer?
Indonesia to the east of the bank land.  Indonesia is a country with many small islands.  Java, Sumatra, Borneo, Sybil and so on.  It is time for a five o’clock morning bank in Saibil, Indonesia’s east. Subhi Bank has risen from thousands of mosques.
This process continues into western Indonesia. The time difference between East and West Indonesia is one and a half hours.  Bank calls in Malaysia will start before the end of the banking call in Indonesia. Next is Burma.
(Standard time in India, however, is the time difference in sunlight.
This means that the true sunny atmosphere of Delhi when the sun rises may not be there.  Gujarat and Assam have more than forty minutes difference in bank calls between Kerala and North Kerala.
Subhi Bank in Srinagar and Sialkot in Pakistan at the same time.  All this time, Subhi Bank will be ringing in many churches.
Then there is the one hour difference between Muscat and Baghdad.
In this one hour, the bank is ringing from Muscat to Saudi Arabia, Mecca and Medina, followed by Yemen, the UAE and Kuwait.  One hour difference between Baghdad and Alexandria, Egypt.
Alexandria and Istanbul are on the same longitude. Time difference between East and West Turkey is one and a half hours.  During this time the bank will call from place to place.
The time difference between Alexandria and Tripoli is about an hour and a half. At this time, the bank was calling in all of Africa.
Zuhr Bank is already in Eastern Indonesia before Zubi Bank reaches the Atlantic coast.
East Asar Bank will be ringing in East Indonesia again before it reaches the Zuhar Bank Muscat, and Maghrib Bank will call in East Indonesia before it arrives in Dhaka.  Isbank will ring in Sybil when Maghrib becomes Sumatra!
When Subhi Bank is ringing in Indonesia, Isha Bank will ring in Africa.
This process is repeated in the other half of the globe. Similar is the case in the US, Europe and South America.
In the shortest 24 hours Allah is the Most High
There is no worship except Allah, Muhammad is the Messenger of Allah, the wave of the bank is rising.
Don’t forget to share this wonderfully in mind
Subhanallah, Allahu Akbar